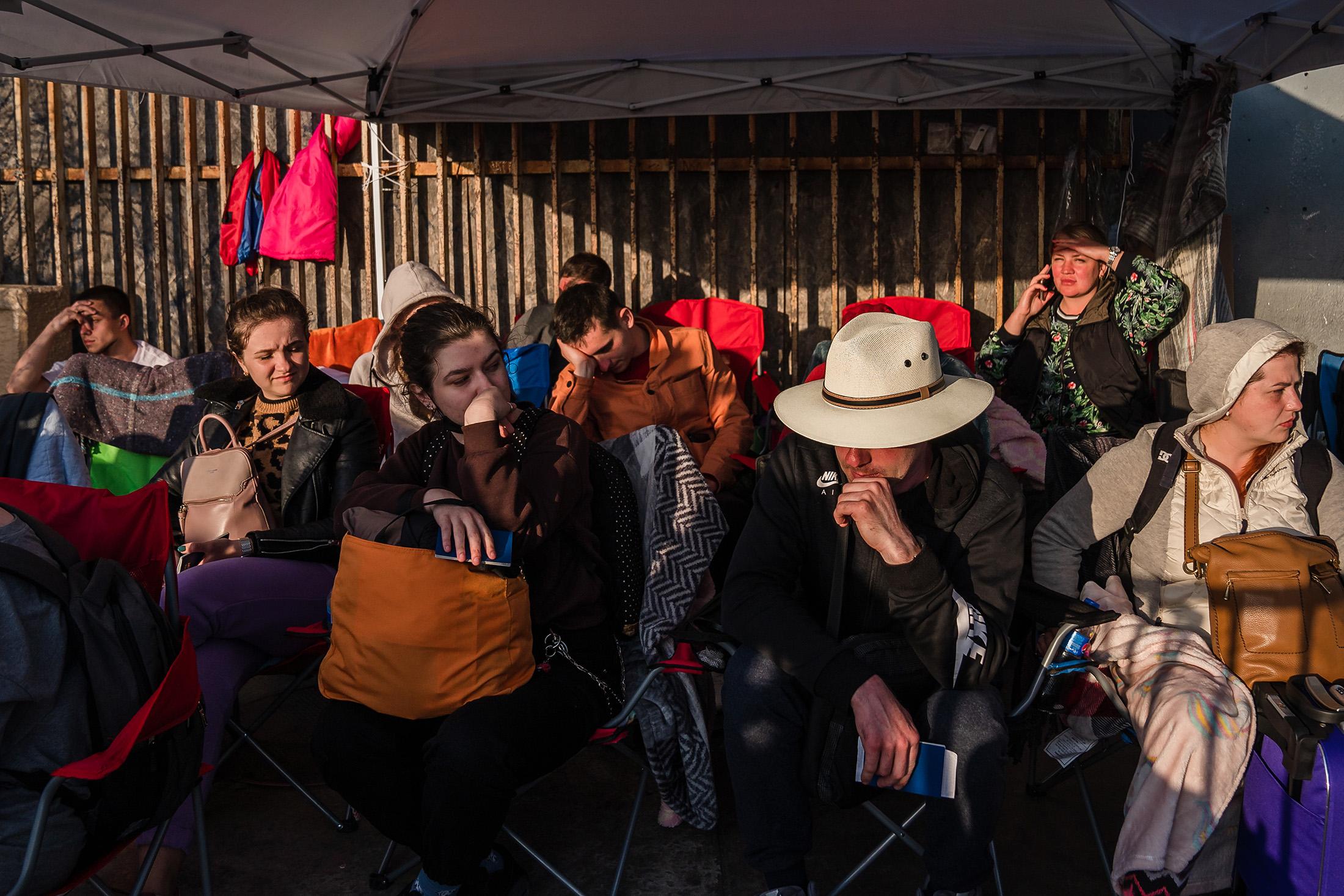 Ukrainians who fled to Mexico amid Russia’s invasion of Ukraine wait in Tijuana, Mexico in front of the San Ysidro Port of Entry to seek asylum in the United States on April 4, 2022. 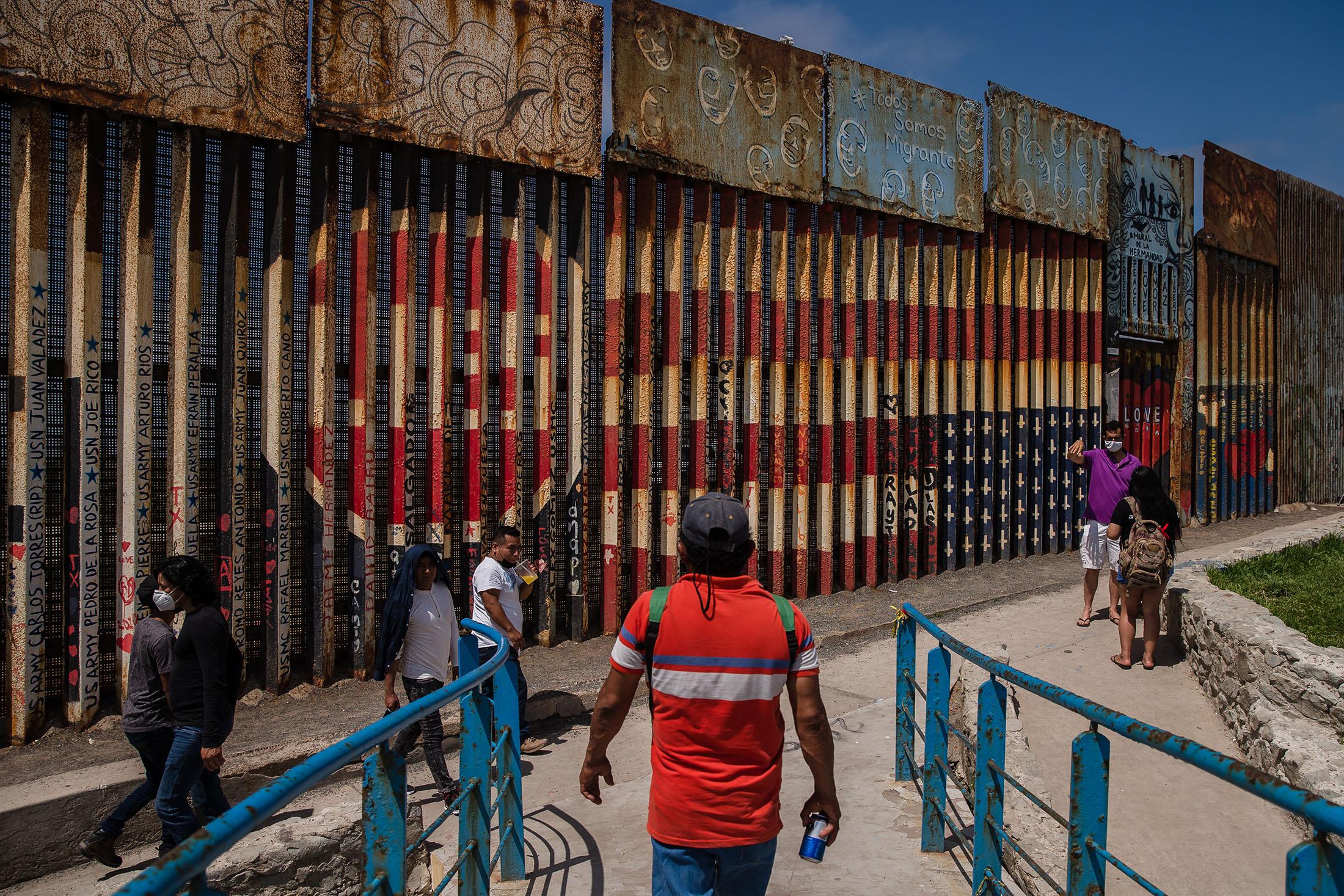 People walk near a mural of an upside down American flag painted on the US-Mexico border wall in Playas de Tijuana, Mexico on July 18, 2021. The upside down flag is meant to show a symbol of "distress" for the veterans who have been deported to Mexico. 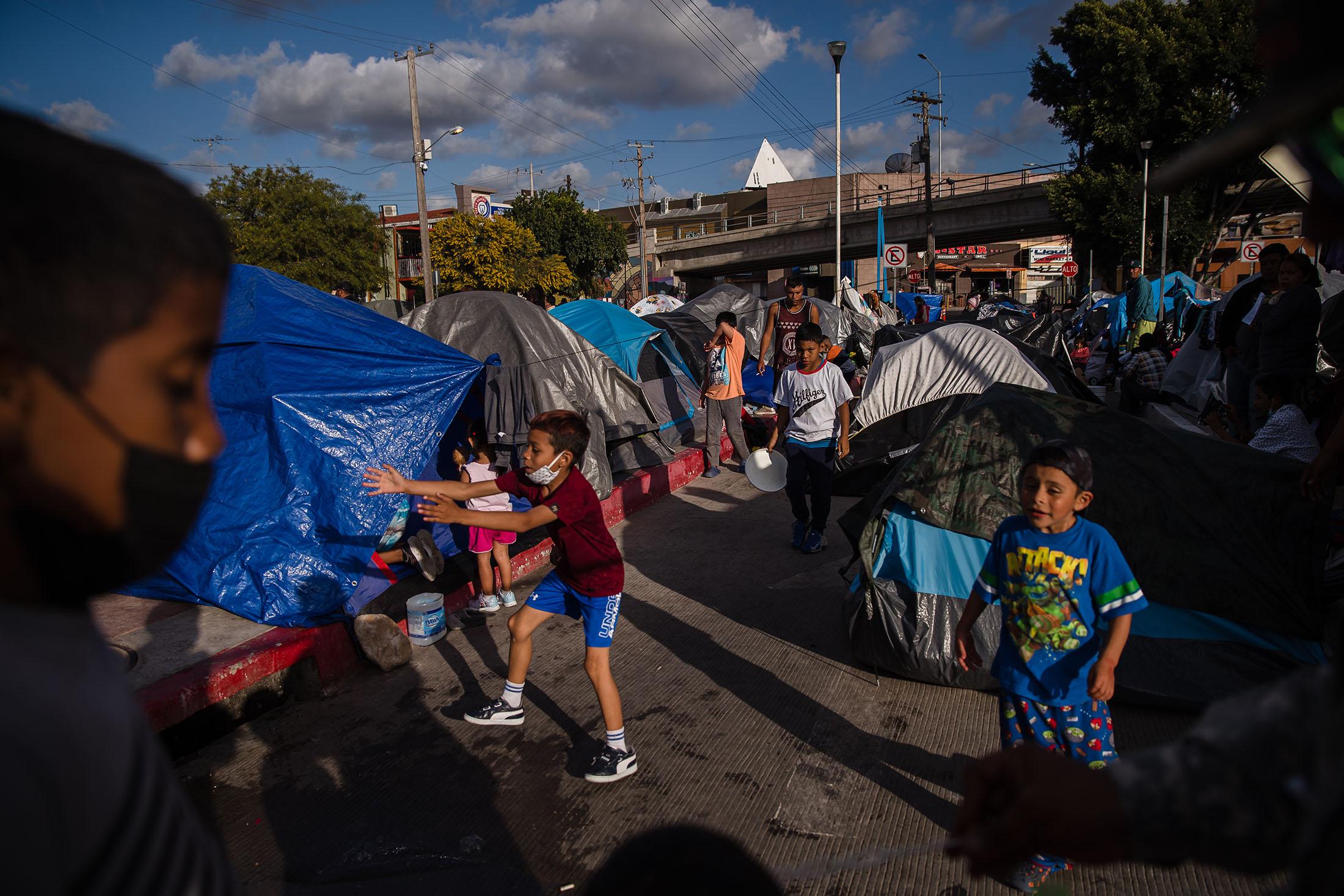 Children play at El Chaparral plaza in Tijuana, Mexico on March 21, 2021. Hundreds of asylum seekers have set up tents near the port of entry in hopes of being able to seek asylum in the United States. 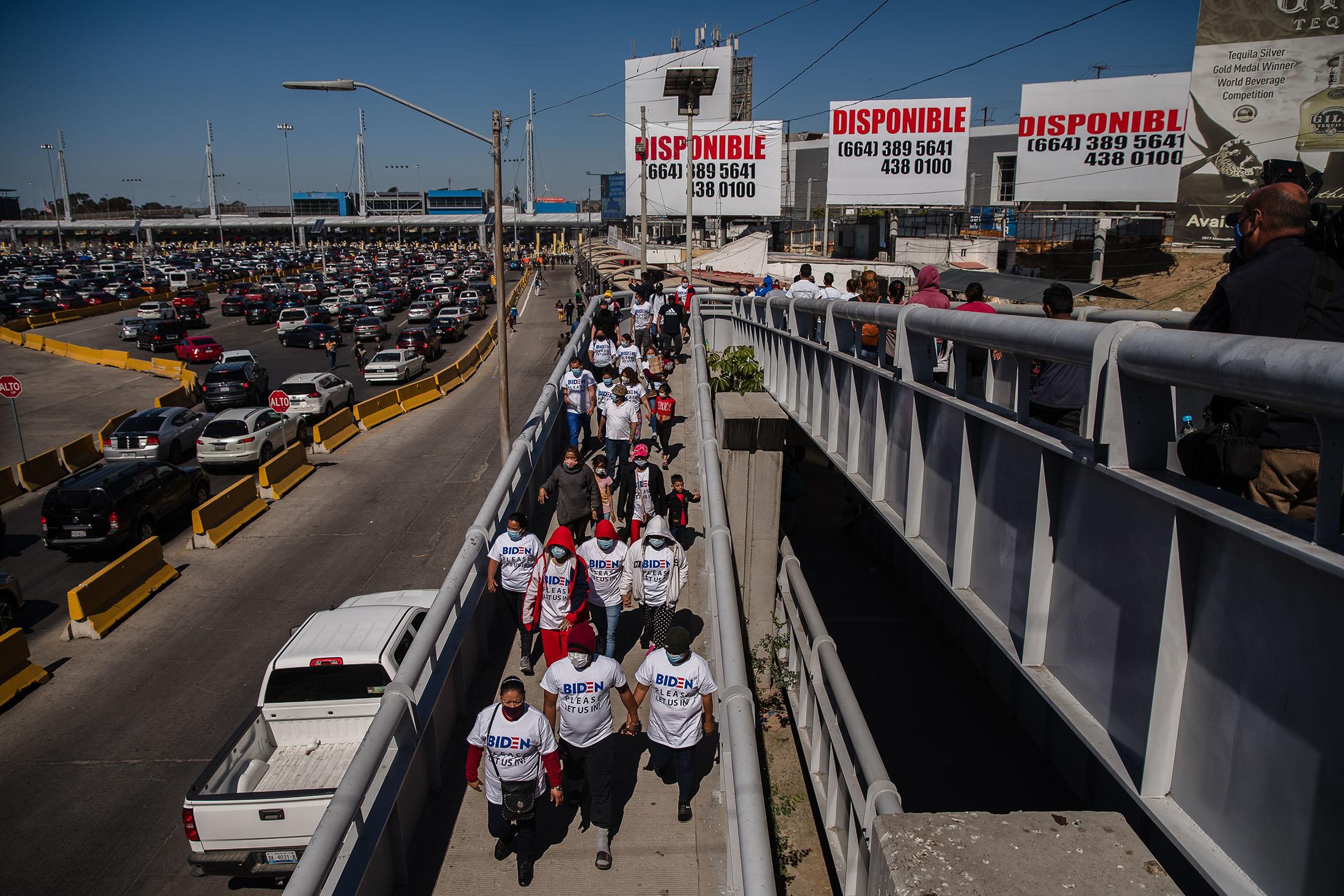 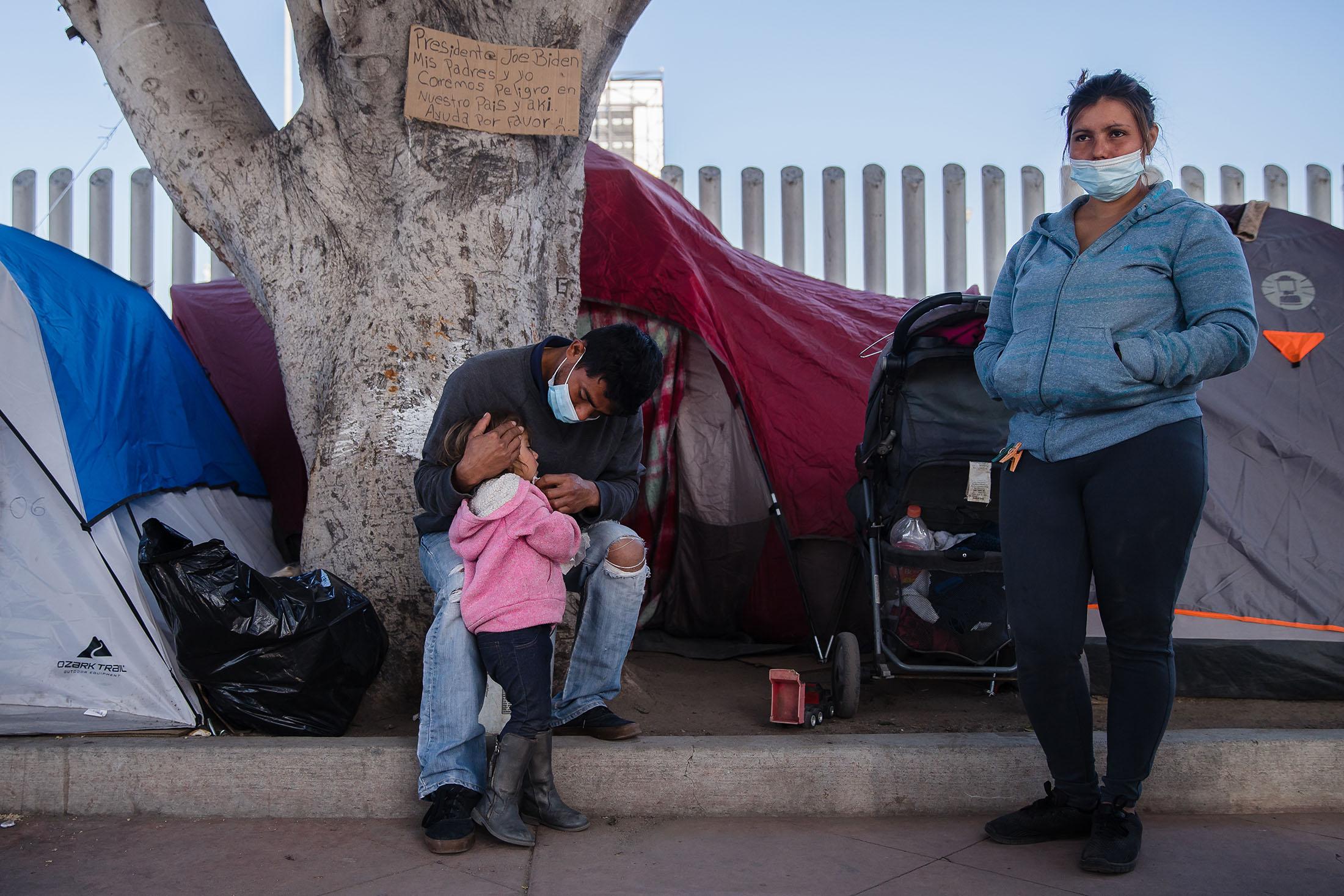 Berta Lidia Caballero (right) who is from Honduras stands near her husband Christian Antonio Reyes Flores and her daughter, Stacy Anai Reyes Caballero in front of El Chaparral port of entry in Tijuana, Mexico on March 2, 2021. They are waiting in hopes of entering the United States along with a few hundred of other migrants and asylum seekers sleeping in front of the port of entry. 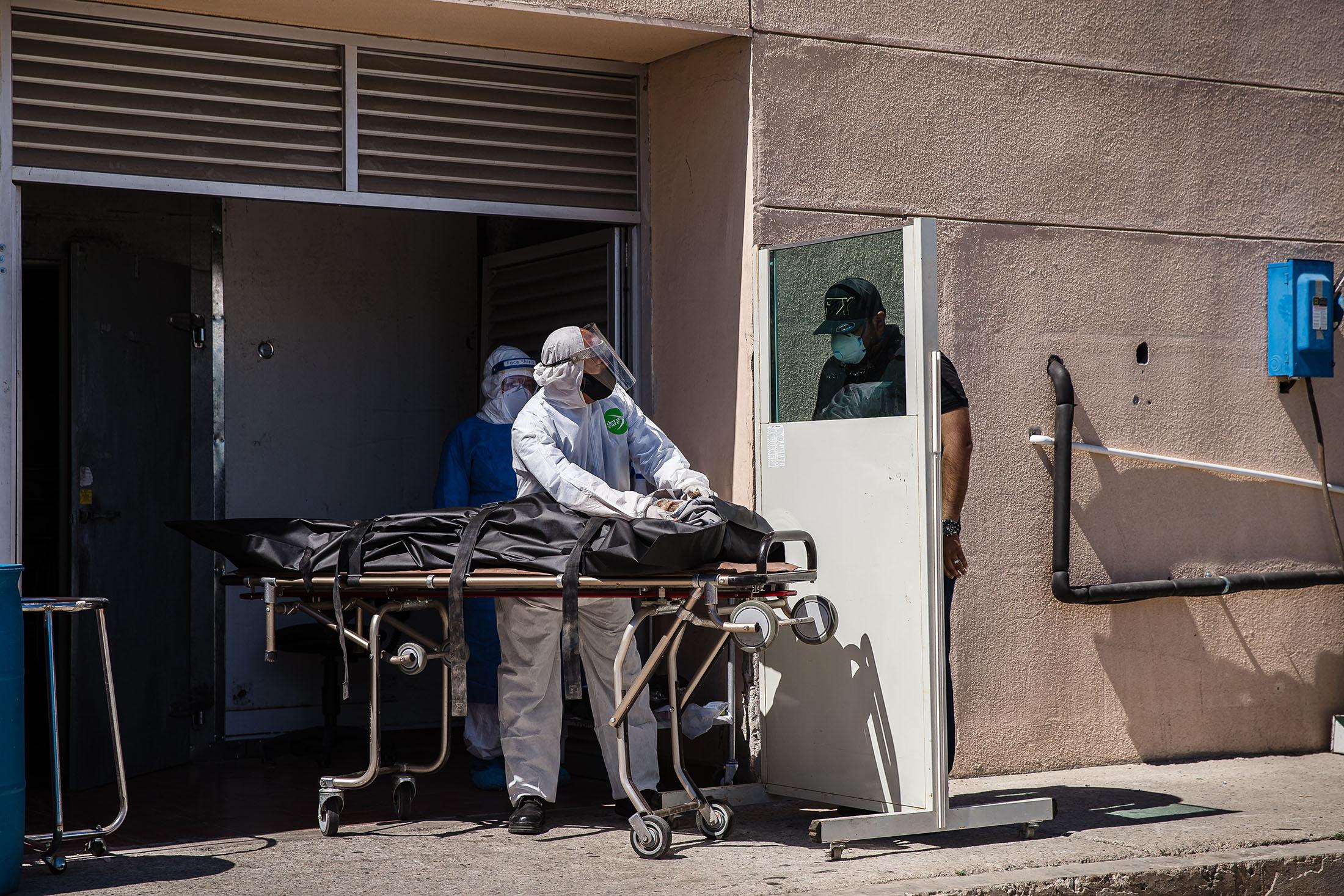 A man identifies his 74 year old father behind a protective panel who died from COVID-19-related complications at General Hospital No.1 in Tijuana, Mexico on May 6, 2020. 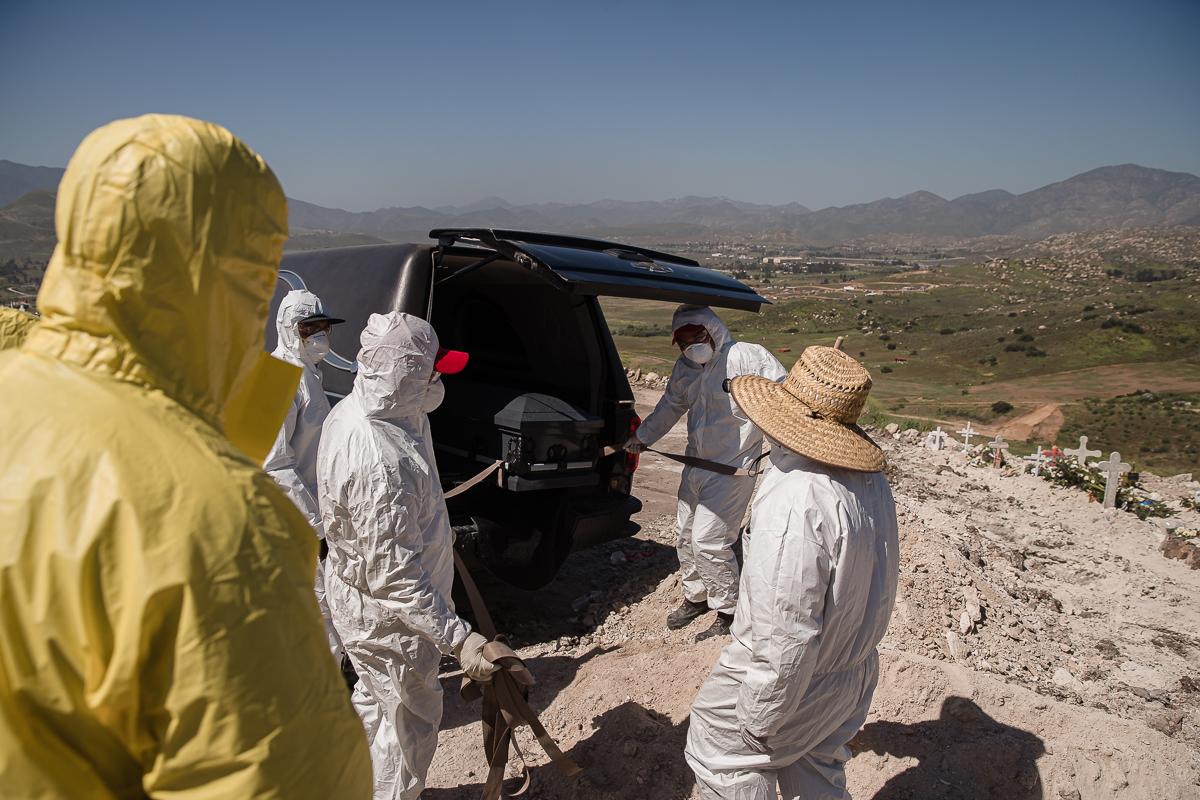 Gravediggers get ready to carry a coffin to a burial plot at Tijuana Municipal Cemetery No.13 of Jesus Osario Flores who died from COVID-19-related complications on April 24, 2020. 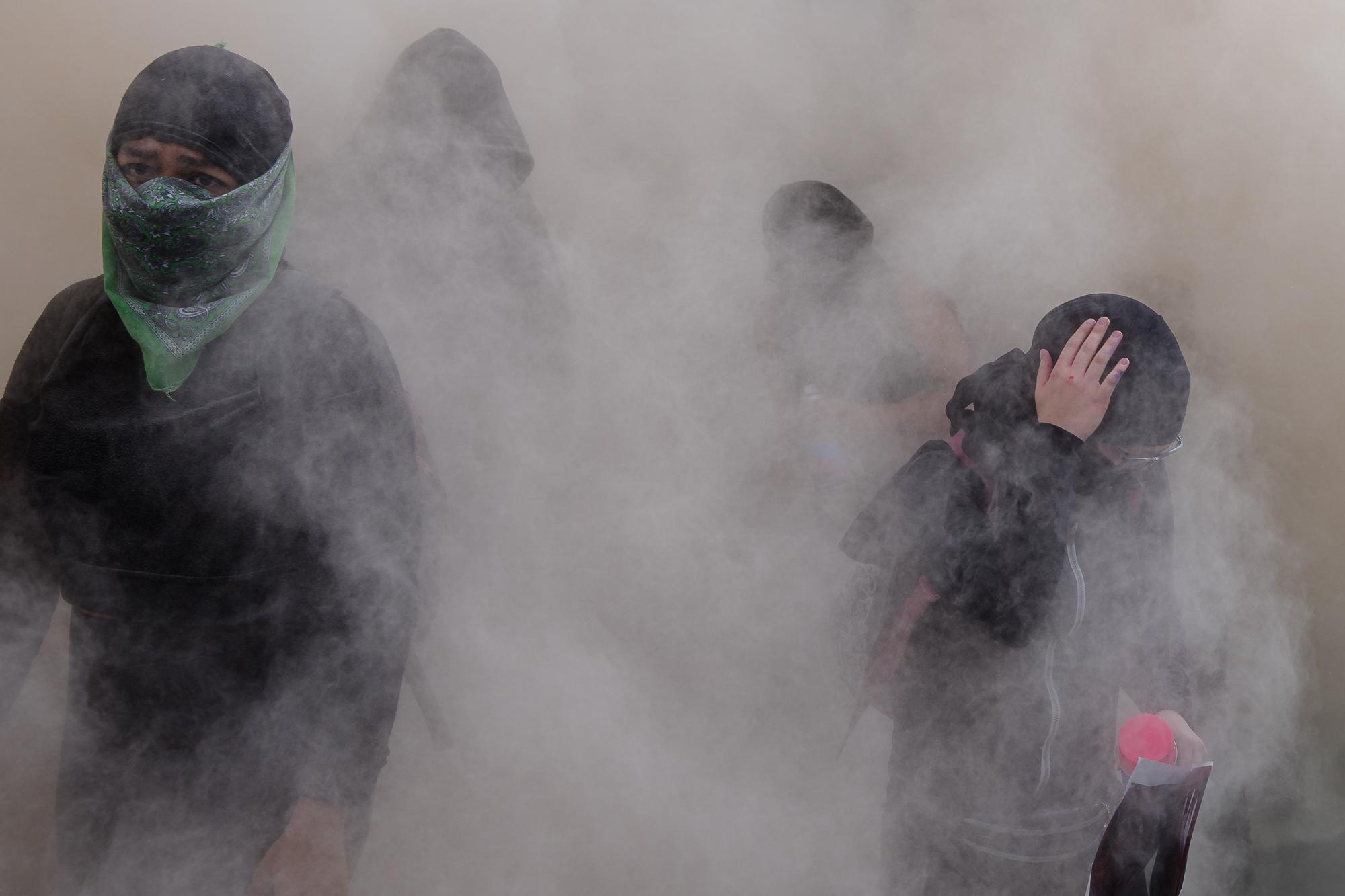 Tens of thousands of women marched through the streets of Mexico City to highlight the violence against women for International Women's Day on March 8, 2020. There were some women hiding their faces, destroying storefronts, spray painting buildings and throwing petrol bombs. 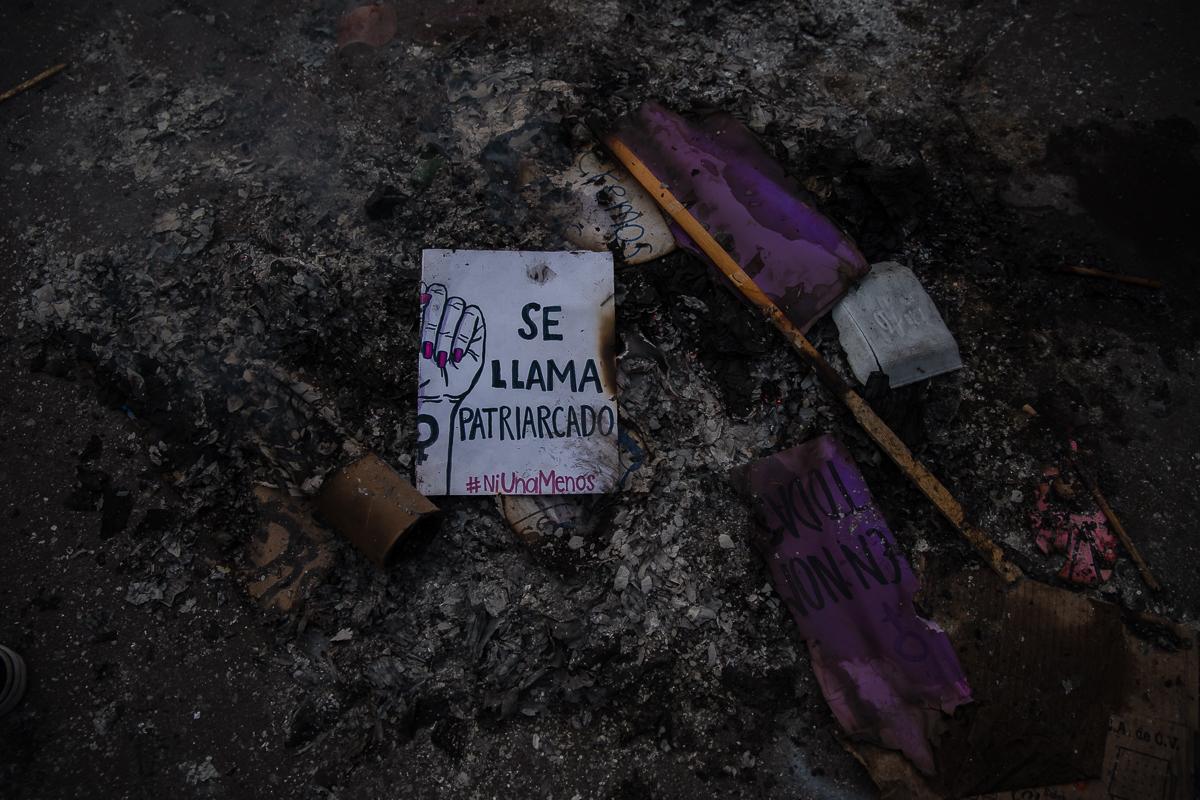 Part of a sign reading "It's called patriarchy" is seen in a burnt pile in Zocalo square during International Women's Day protest in Mexico City, Mexico March 8, 2020. 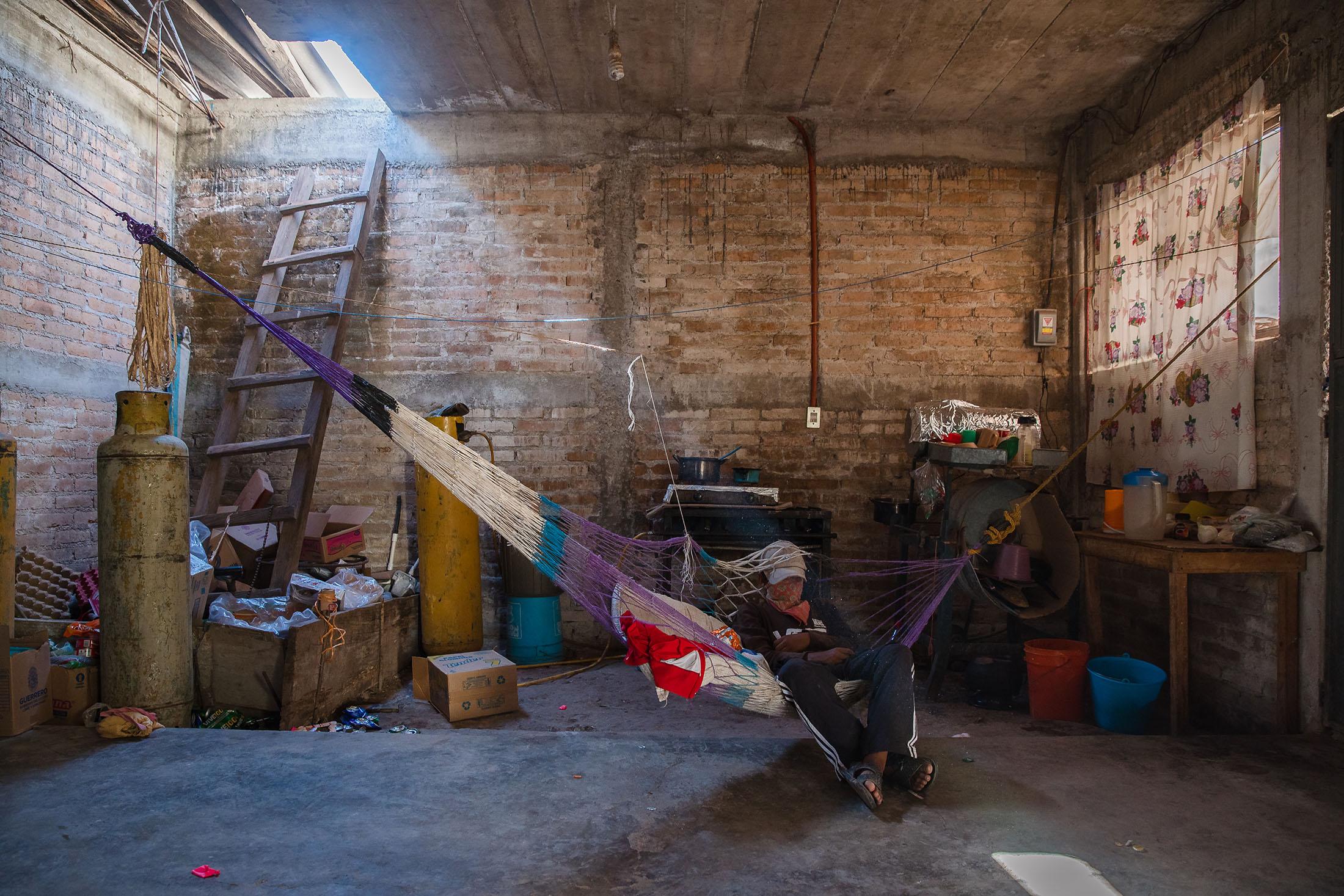 Alex, 13 years old, sits in a hammock in Ayahualtempa, an indigenous community in the mountains of Guerrero state, Mexico on February 27, 2020. Alex dropped out of school 5 months ago due to the violence. Alex has trained with other kids to help defend their community from organized gangs. 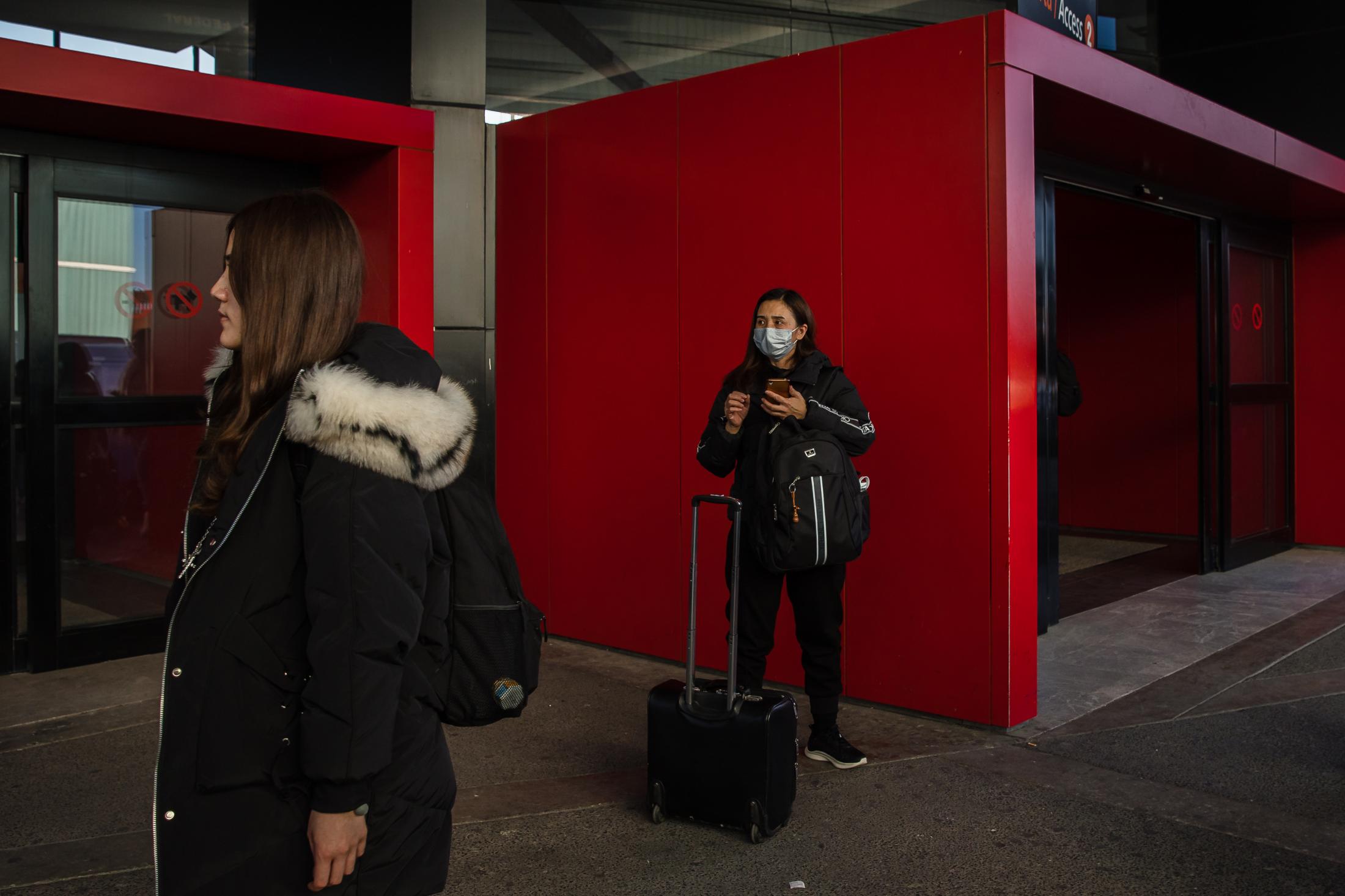 A passenger from China's Hainan Airlines flight HU7925 from Beijing wears a mask while waiting for her ride to her destination after arriving at the Tijuana International Airport in Tijuana, Mexico on January 27, 2020.  Oscar Alonzo Pérez, Secretario de Salud de Baja California reports that that two passengers aboard the flight have a fever and one passenger has flu like symptoms.  The three passengers will be monitored closely. 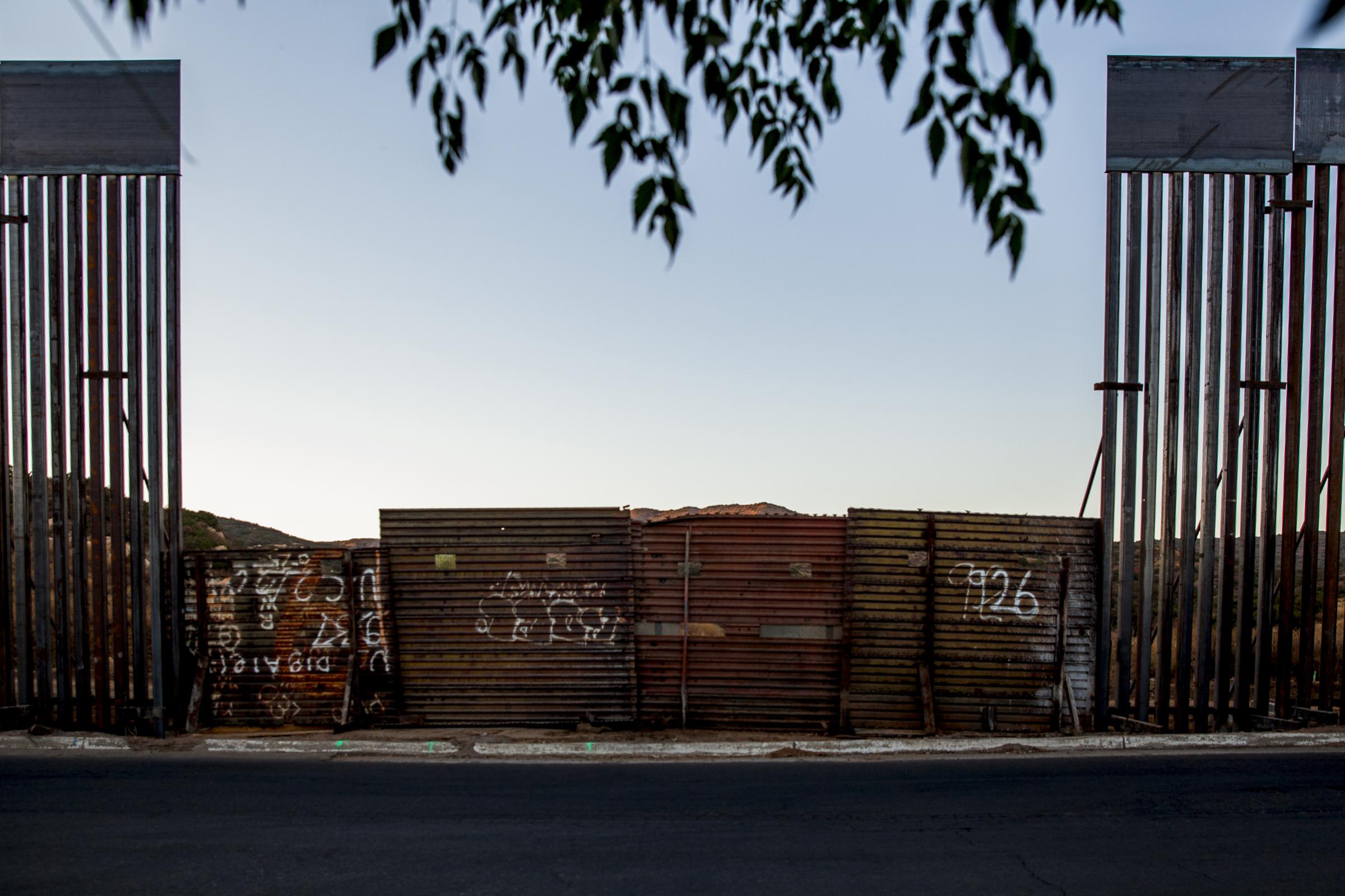 A view of the new and old border wall separating the United States and Mexico in Tecate, Mexico on August 16, 2019. 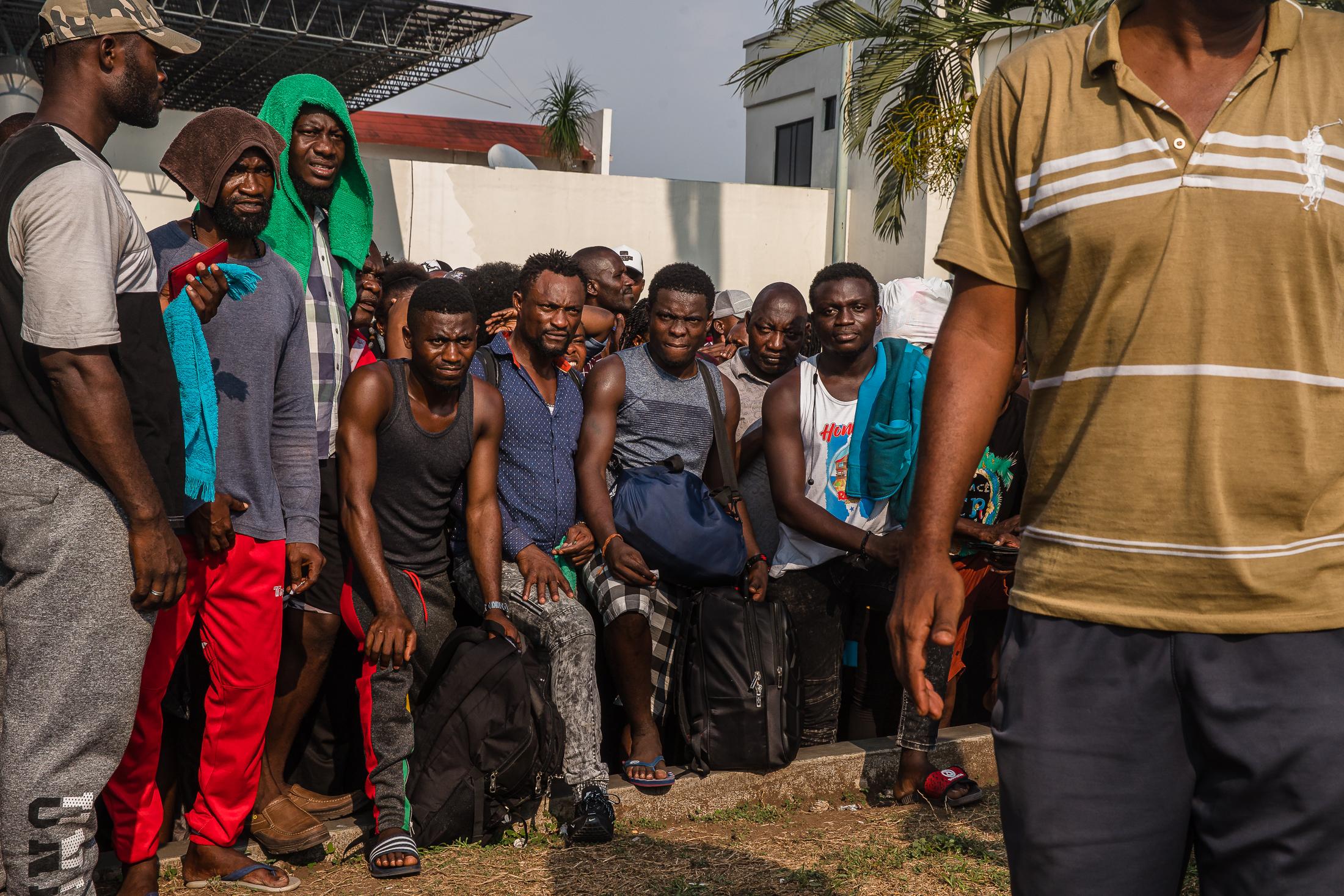 Migrants wait in front of (INM) Instituto Nacional de Migración Delegación Federal en Chiapas in Tapachula, Mexico for their number to be called on May 6, 2019. Once their number is called migrants are able to start the process for an exit Visa that is valid for 20 days. 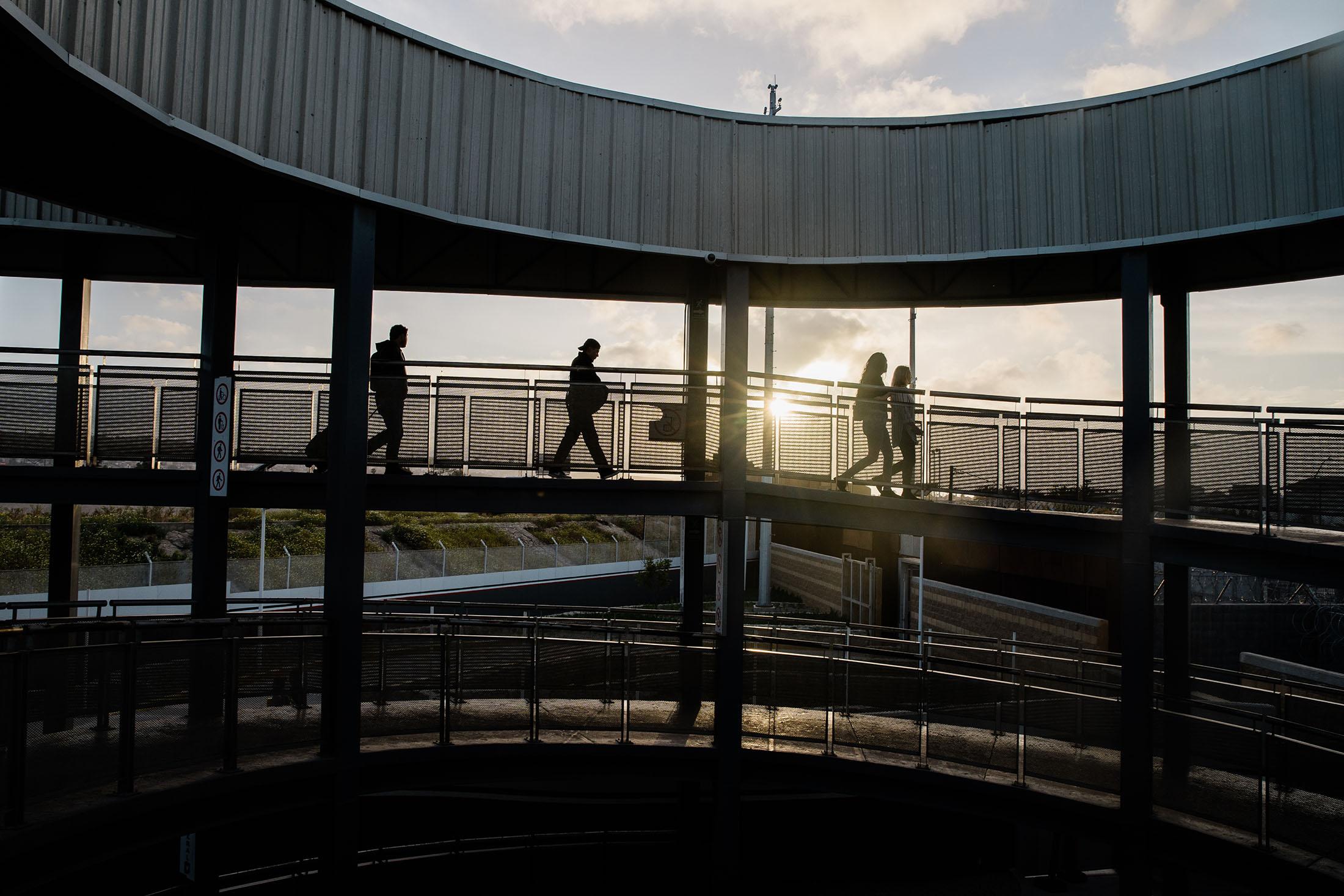 People walk towards the San Ysidro Land Port of Entry at sunset from Tijuana, Mexico on April 11, 2019. 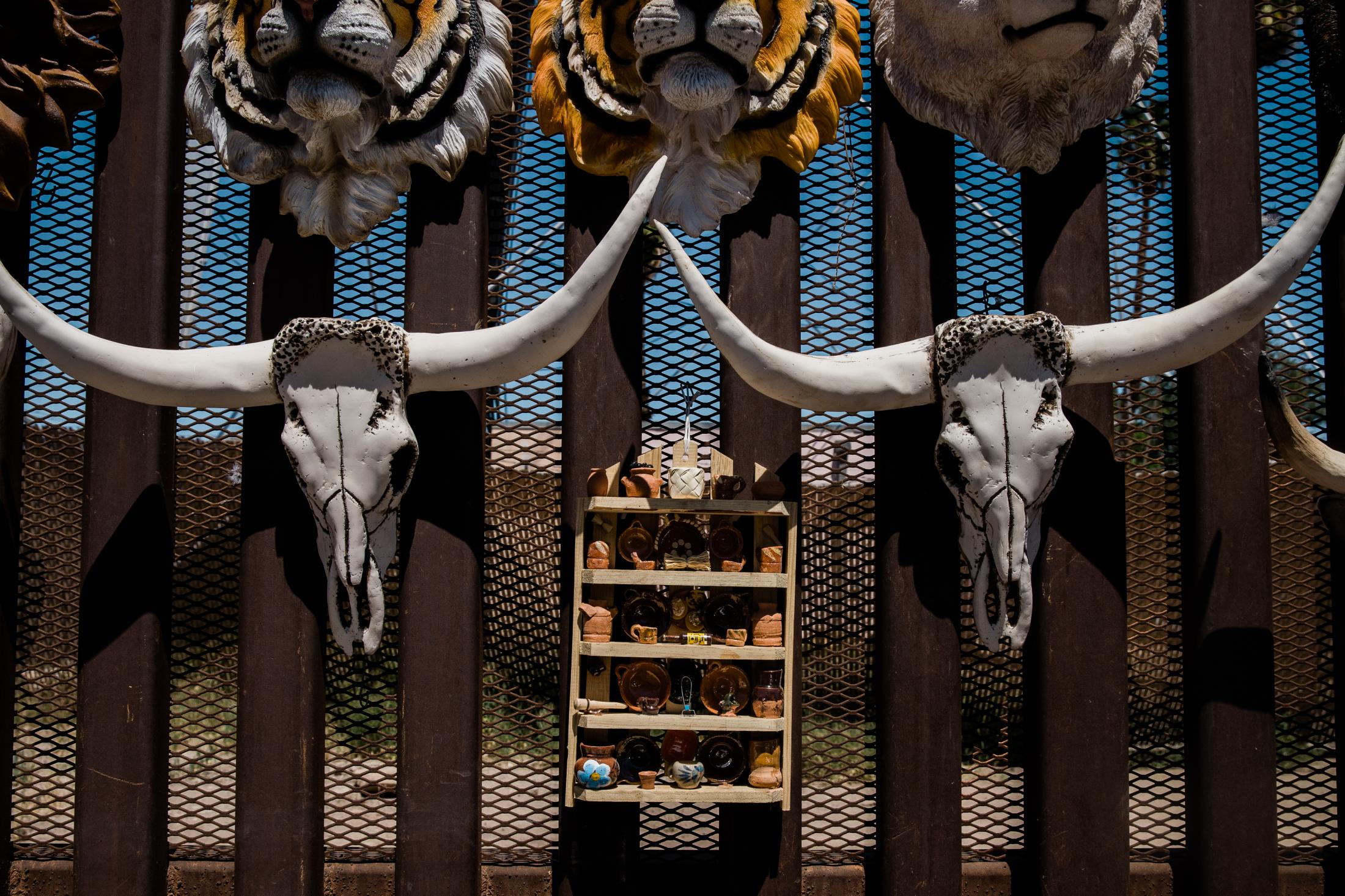 Souvenirs are displayed on the border fence the divides the US and Mexico in Mexicali on April 4, 2019. 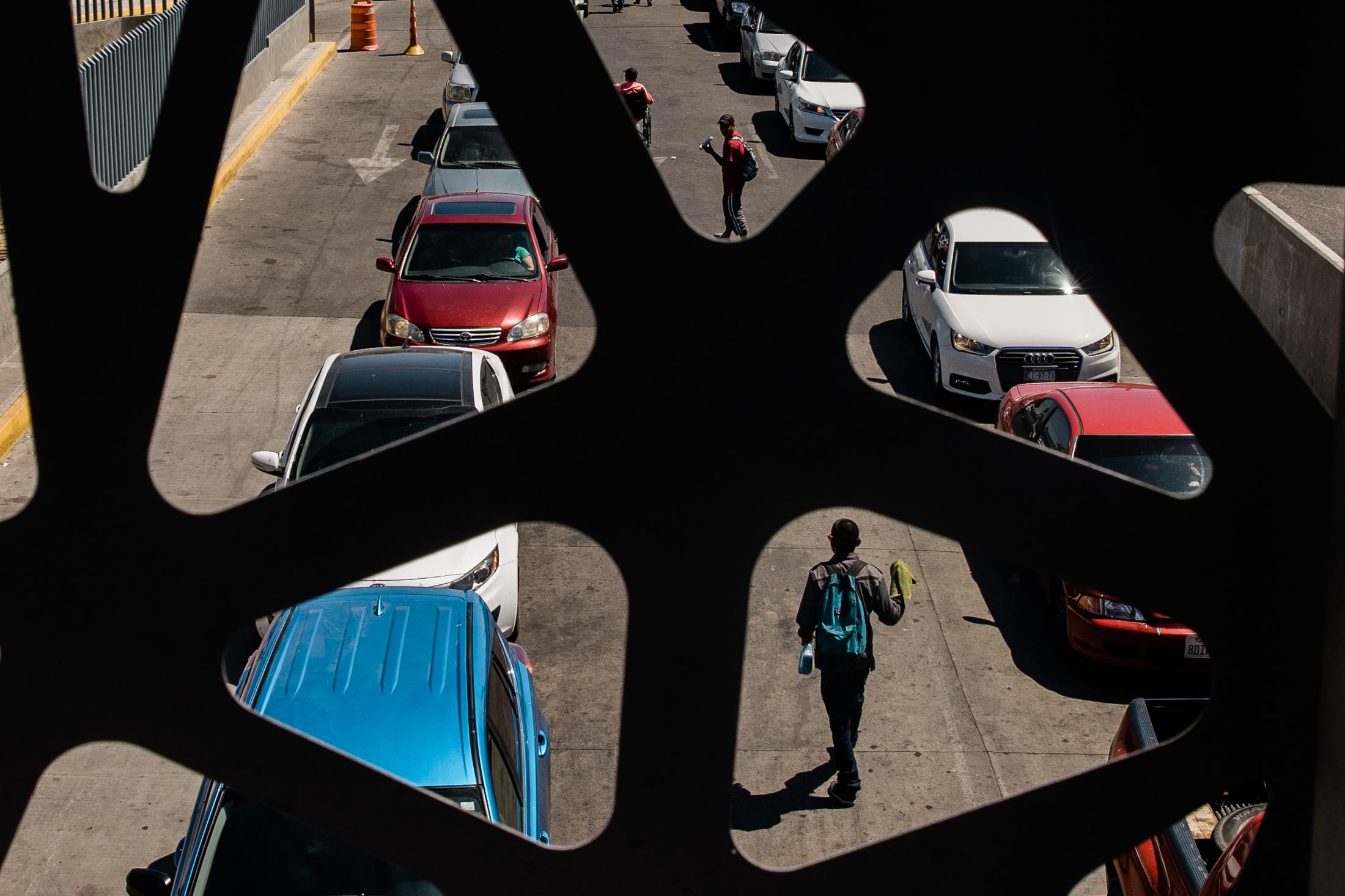 Street peddlers sell souvenirs at the border crossing in Mexicali, Mexico on April 4, 2019. President Trump backs off threat to shut down the US border with Mexico to stop immigrant crossings and gives Mexico a one year warning. 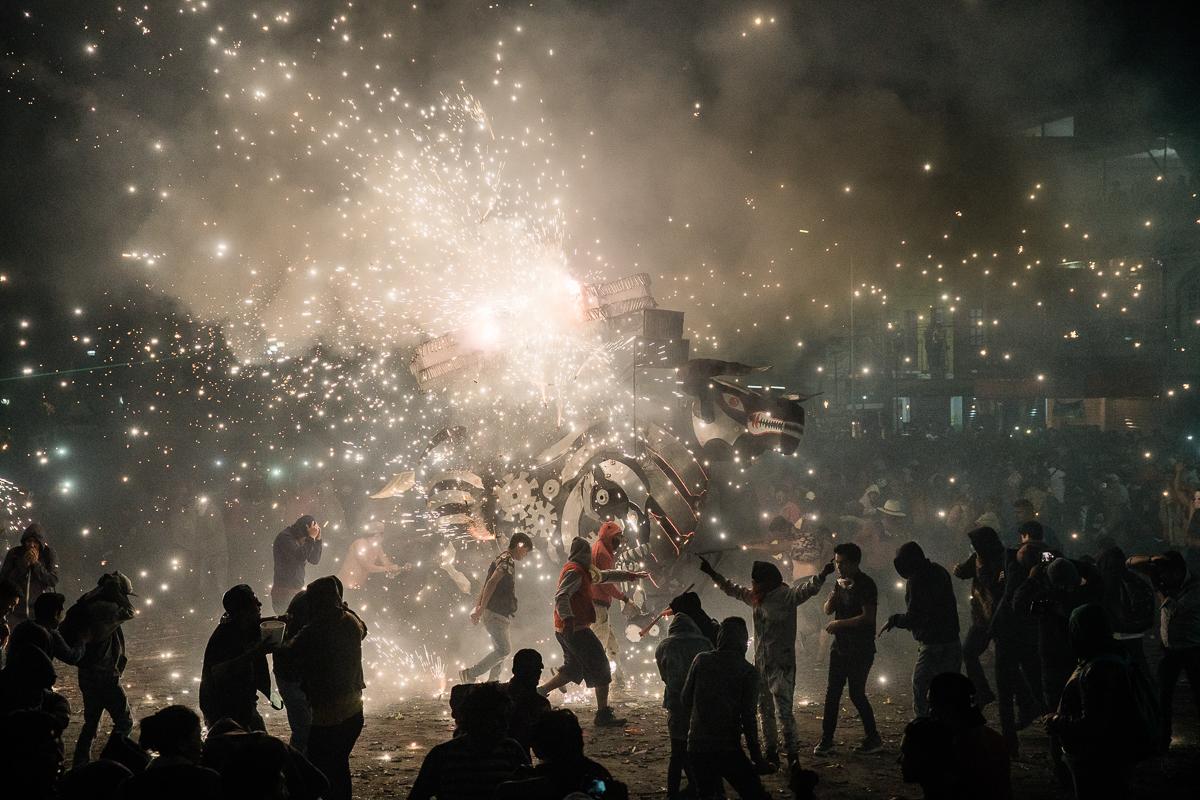 Every year people gather in Tultepec, Mexico for a week long   celebration of San Juan de Dios a patron saint of fireworks. The   festival consists of the Castles of Fire and the Burning of the Bulls.   The bulls are made out of papier-mâché with fireworks shooting out of it  going in different directions on March 8, 2019. 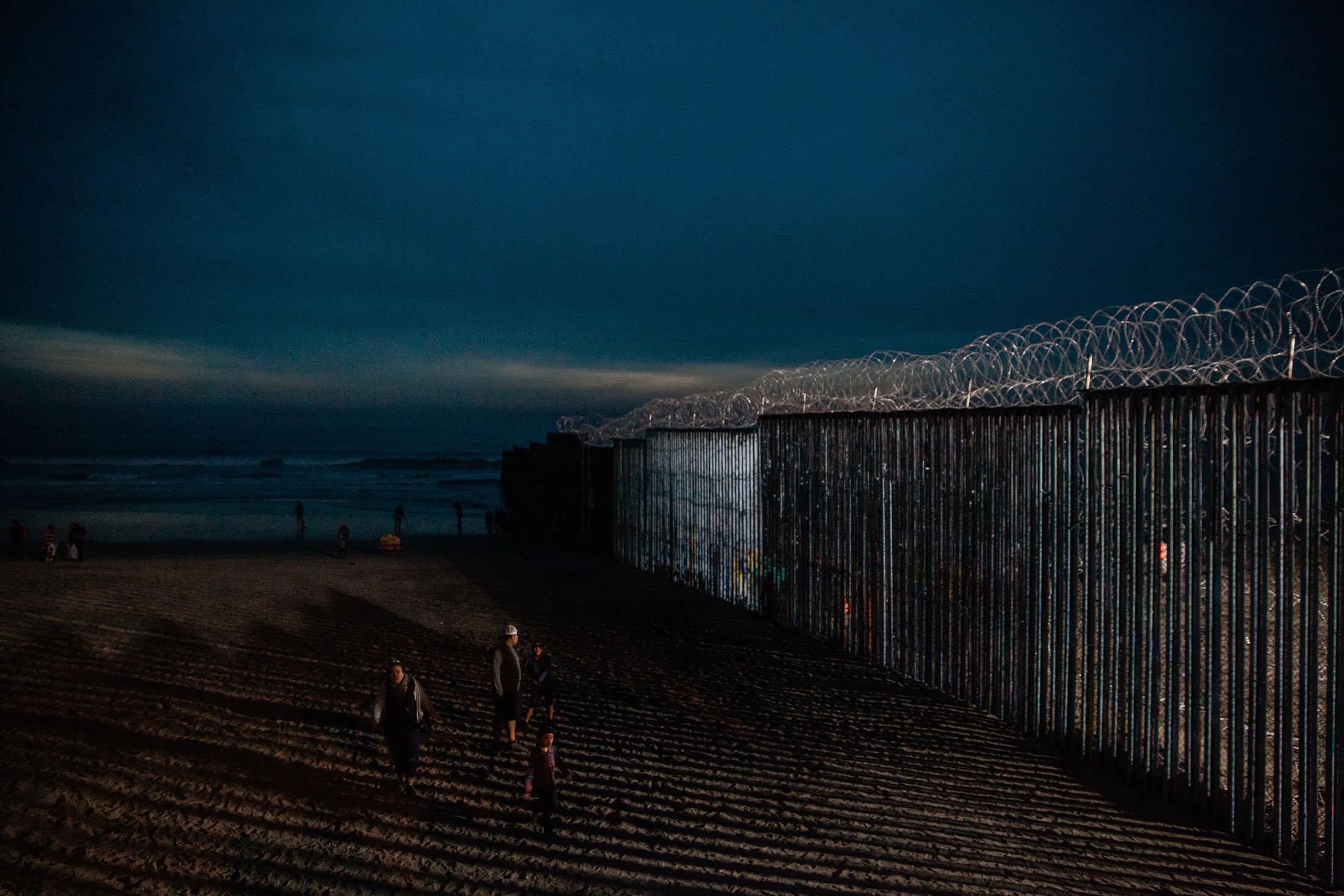 Playas de Tijuana on December 9, 2018. At night the beach is lit up with lights from the U.S. side to help Border Patrol find people trying to cross illegally. 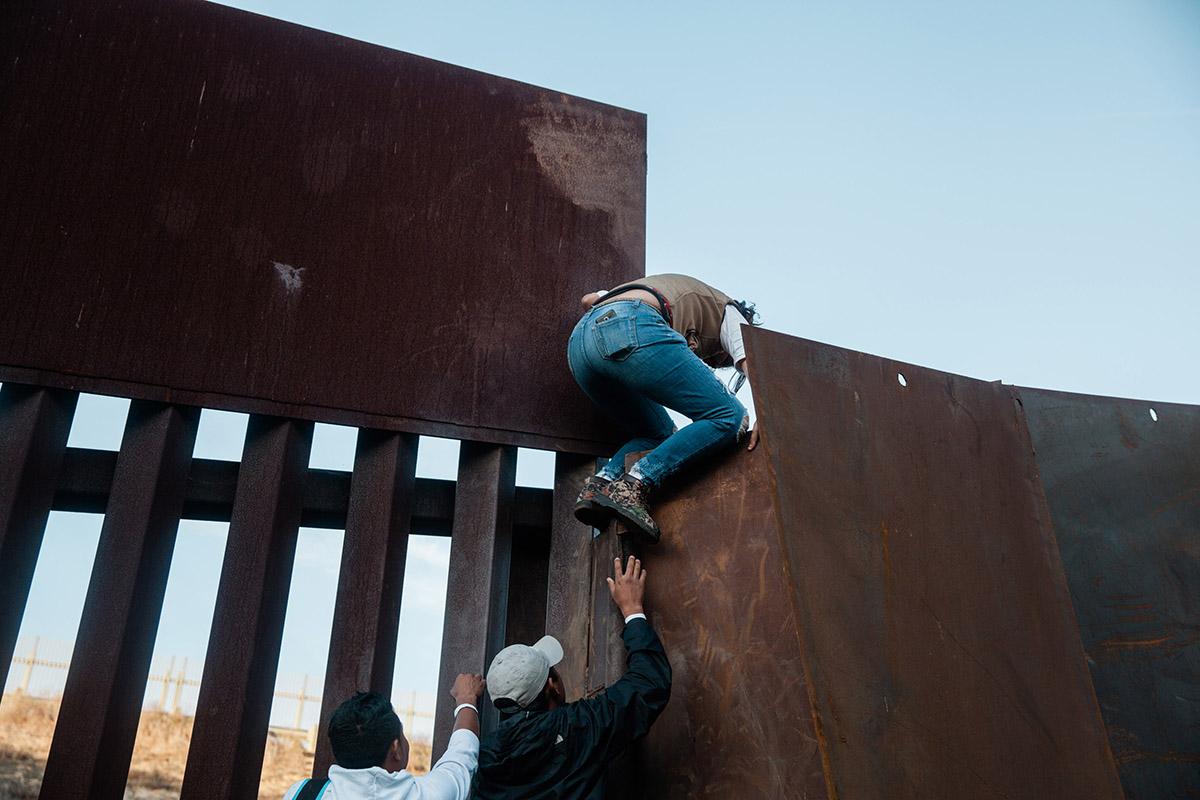 With growing frustration at the length of the asylum process, a dozen migrants decide to jump the border fence that divides the United States and Mexico on December 2, 2018 near Playas de Tijuana, Mexico.

Ariana is a Photojournalist with a focus on social and political issues based in San Diego, California. Ariana has covered the Arab Spring, the rise and fall of Egypt’s Muslim Brotherhood, and the frontlines of Syria’s Civil War.